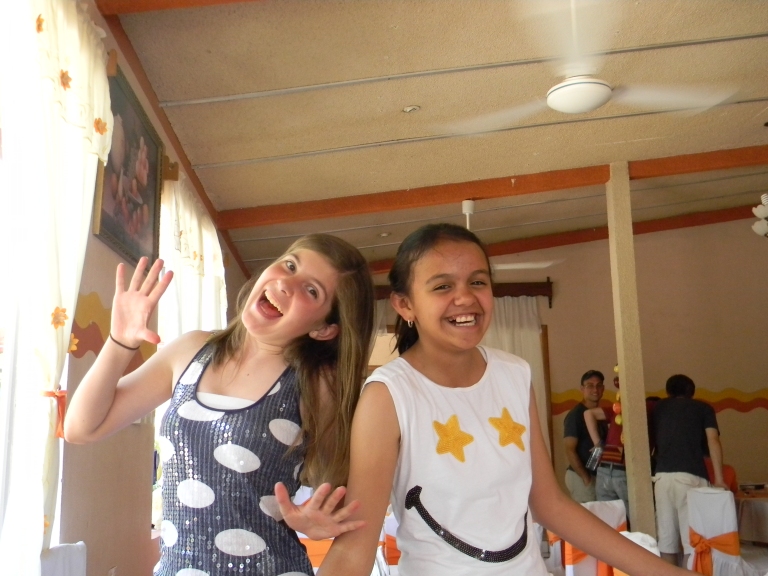 Do you think you have the perfect life?

Even though we are all masterpieces created by God, we’re broken.  I don’t think anyone can claim that they have the perfect life or that they’ve lived perfectly.  I think the majority of us would find that we have more in common with Aron Ralston than Jesus.

On retreat down in Reu, Guatemala, after I gave my message on being broken, several students came up to me and asked to talk.  So we walked around under a grove a palm trees in the sweltering heat and talked.  They, like me, had made mistakes in their past.  They, like me, had felt stuck because of what they’d done and wished they could erase their mistakes.

Jesus doesn’t erase our mistakes.  He won’t make your life perfect.  And we shouldn’t want him too. 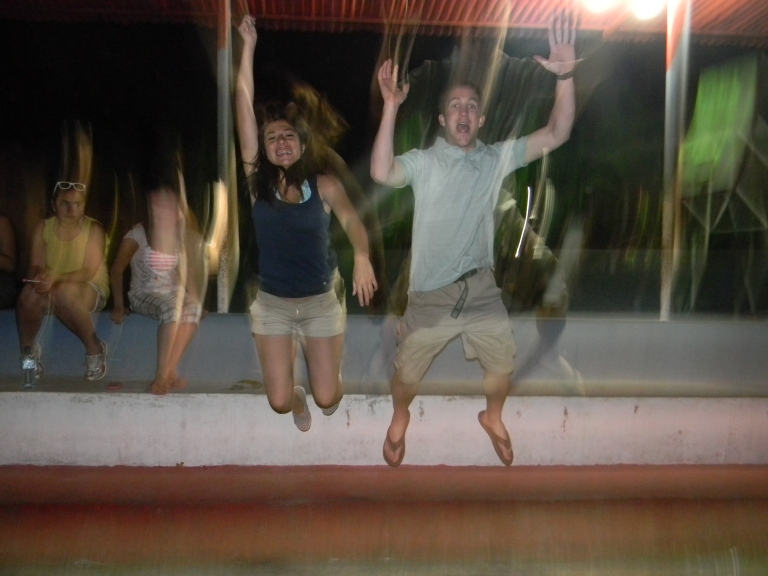 As my students told me what had gone wrong in their lives, I felt God nudging me to tell them about Aron Ralston.  Now, if that name sounds familiar to you it’s because you just read my blog from my 27th birthday about being stuck in Guatemala and how God used that to get me to where he wanted me.  Or you saw the movie 127 Hours.  But then maybe, you read Aron Ralston’s book, 127 Hours: Between A Rock And A Hard Place.

Aron, an avid outdoorsman, found himself trapped by a freak climbing accident.  He’d survived being trapped in an avalanche and stalked by a bear, but when a large boulder dislodged itself and pinned Aron’s arm to the side of Blue John Canyon in Utah, Aron’s life had to change.  After nearly six days of being trapped, Aron cut his arm off to free himself.

If anyone has reason to wish he could go back and have a past mistake taken away, it’s Aron.  He describes in the book how he had the opportunity to take another route through the canyon, which would have kept him in contact with people, but he chose to remain alone. His choice led to the loss of his arm.  That is why I believe more of us relate to Aron than Jesus.

The Bible says that we all have messed up and fallen short of what it takes to make it into heaven.  We’ve all gotten our arms stuck between a rock and the canyon wall, with no real hope of living life the way it was before we were trapped.  I could tell, as I looked into my student’s eyes, that they felt this desire. 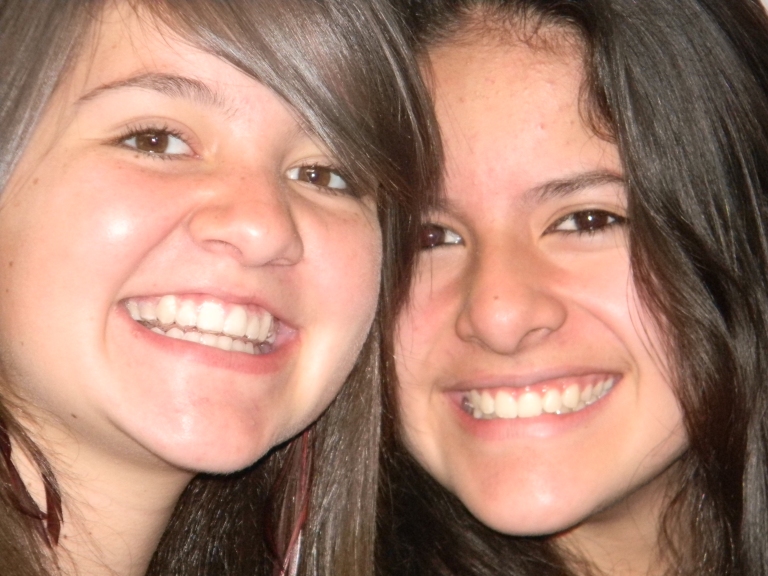 But then I shared with them the rest of Aron’s story.

After he’d cut his arm free and recovered in the hospital he wrote, “For all that has happened and the opportunities still developing in my life, I feel blessed.  I was part of a miracle that has touched a great number of people in the world and I wouldn’t trade that for anything, not even to have my hand back.  My accident in the rescue from Blue John Canyon were the most beautiful spiritual experiences of my life, knowing that, were I to travel back in time, I would still say, ‘see you later’ to Megan and Kristi and take off into the lower slot by myself,” (Ralston, pg 342).  Because Aron cut his arm off so that he could live, he inspired other people to fight to live.

Aron understands that God uses our pasts to help others.  He gave Aron a greater story, one not just about hiking and extreme sports, but about what it means to live and be connected to God’s greater story.

This is Redemption.  Aron is still missing his arm, it hasn’t grown back and he still has the painful memory of the time inside the canyon. 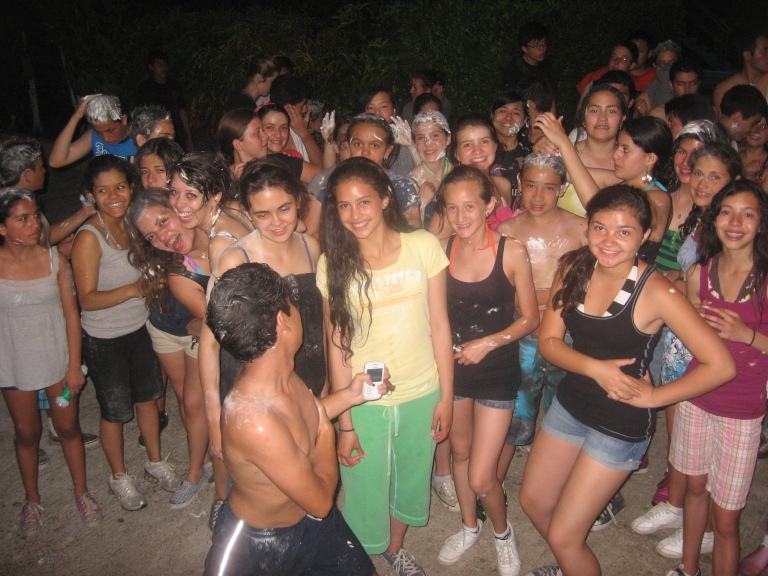 Our mistakes may seem simple when we place them next to Aron’s.  But that doesn’t mean they don’t matter to God.  I was truly saddened as my students told me what had happened in their lives over the last year.  But, if we let God, He will redeem or pasts, He wont make our lives perfect, but He will take what happened and use it to connect us to His greater purpose.

Now, if you have been following my blog, you know that I have been talking about King David.  After committing adultery and then murdering to try to cover up his mistake, he realized he needed to ask God to renew him and purify his heart.  Because David opened his heart back up to God and asked Him to redeem his life, David’s story doesn’t end with his mistake.  David’s story becomes part of God’s greater story, the story of Jesus.

If you look at Jesus’s family tree, its roots lead back to David and his mistake.  God doesn’t sweep away our past, but he does use it, if we let him, to make something beautiful.

Jesus didn’t come to bring us peace or to make our lives perfect.  He came and died on the cross to pay for our mistakes.  And then he rose from the dead to mess up our lives.  The truth of the matter, that Jesus is alive, forces us to live differently.  It connects us to his story, and when we are part of his story our lives start to change.  We start to have a greater purpose.

As I sat there talking with my students, my hope was that they would start to let Jesus redeem their mistakes.  That they would realize the power for the resurrection, its ability to give them a new story.  A story with imperfections, with pain, and with hard times, but one that is far more adventurous than anything they could’ve tried to live before.

As we finished retreat and I said goodbye to some of my favorite people in the entire world, I hoped that God would connect them to a their true adventure.  Like in Hugo, where at the end of the movie, each character finds their purpose because they have let their past be redeemed and have been connected to something greater than themselves.  I know once we all start living in the reality of the resurrection our lives will truly become an adventure.

Here I am stuck in the third world.  Three years pinned down with no guarantee of electricity, dry streets, or connection to the outside world.  Maybe stuck and pinned aren’t the correct words, but sometimes they’re the only way to describe how I feel.  I felt stuck at times during my first year in Xela, when I didn’t feel like I had any friends.  I felt stuck when my friends’ weddings passed me by and I couldn’t go.  I’ve missed at least two weddings and one birth; not fun.  And I felt stuck last June when tropical storm Agatha wouldn’t let me leave; all I wanted to do was be home with my family.  It was as if I had my hand pinned between a rock and I couldn’t move, just like Aaron Ralston, who’s harrowing struggle with a rock was the subject of the Oscar nominated movie “127 Hours” staring James Franco.  Fortunately over the course of two and a half years I’ve realized what a blessing it has been to be stuck in Xela.  And after watching “127 Hours,” I’m glad I didn’t have to give up an arm to realize the importance of having a community.  I’ve celebrated three birthdays away from my family and the friends I grew up with, and it’s been hard not having them around.  But it has also shown me how blessed I am here in Guatemala.  I am not alone.

I came to Guatemala as an individual, all alone.  Unlike Aaron Ralston, I didn’t come as a man who wanted solitude, dreaming of living life on my own, but as an individual who wanted to see what life outside of the states had to offer.  From the very start, when I was only 24, I knew I needed people around me to make my life worth living.  Now I am 27 and I feel like I have more of what it takes to be a man than I did when I first found myself stuck in the guat.  I know being a man doesn’t mean doing everything on my own, but having a community to share with.

Most people would say Brett Favre and Aaron Rodgers are men, despite both having played for the Greenbay Packers.   According to stats I’ve read about Brett Favre and Aaron Rodgers, both won their only Super Bowls at 27.  At 27 I have yet to win a Super Bowl.  But who knows I might move back to the states and join the Broncos and win multiple Super Bowls.  If men are judged on what they have done, then am I a man?  Sadly, I haven’t won a Super Bowl yet.  I could win multiple Super Bowls (Be better than Brett and Aaron) but that’s not what would define me.  You know what I have done though, what defines me?  I have begun to write again.  I have decided to go after my dreams, not Aaron’s or Brett’s.  Last month I applied to a creative writing program.  If I am accepted or not, at 27 I know that I am doing what it takes to be a man.  Each day I set out to love those around me in the best way that I can.  Because maybe they need to know that they need someone.  I am adding my life to the community around me and hopefully with a little love mixed in I’ll end up at age 28 stuck right where God wants me.

Here are some of the fun memories from my 27th birthday.

-On my Birthday I was showered with hugs and choruses of Happy Birthday (both in English and Spanish).  I think my favorite gift was when I walked into the elementary lunch room and the Kindergartners jumped up with excitement and started singing to me.

-That night most of my friends, most everyone on the Inter-American staff, came out to have dinner at Don Rodrigos, a little restaurant that serves beer and burgers.  I had a sandwich and an Orange Crush, ha!

-On Saturday night my students, most of the high schoolers, took me out to pizza.  Sometimes the freshmen boys, especially Skyy and Jose Pab, are a little crazy, but they know how to make someone feel appreciated.  And I am grateful for them.

-On Sunday I went ziplining with Jon, Laura, Kacey, Blake, Amy, Fernando, Stephanie, Mike, and Karen at Velo Xtremo, just a few of the people my life has been mixed with.  We all risked our lives and had a zipping good time doing it!

Life would not be worth living if I didn’t have all of you, my readers and my friends in Guatemala, around me.  Thank you for the part you have played in my past 27 years.  Here’s to many more!!