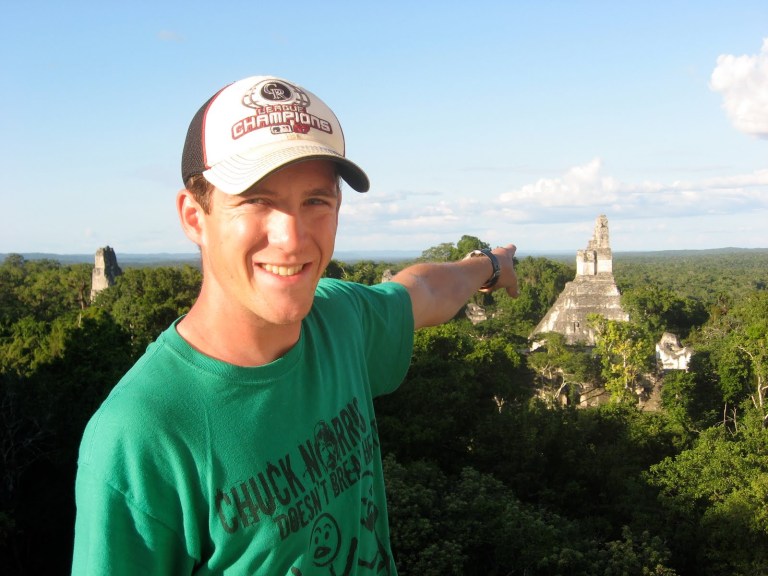 Bruce Cockburn, one of my favorite musicians, wrote a song about Night Trains, which was probably inspired by a trip he took. I wanted to quote the song, but it has nothing to do with Mayans or Thanksgiving, but I digress.

Anyway, I took trip on a Night Bus to Tikal, a Mayan ruin, for Thanksgiving. I have no plans of writing a song about it, but I do have to say one thing, one of the passengers sitting in front of me had an old boom-box cd player and was blasting, if blasting is the correct word, old 80’s soft rock. After that I had the song ” Eclipse of the Heart” stuck in my head for most of the day.

Strangely the horrible Bonnie Tyler song and not Bruce Cockburn’s song fit my trip, because the Mayan’s were known to follow the lunar calendar. Whenever there was an eclipse, they ripped the hearts out of their enemies in sacrifice to their gods. In fact, most of the gigantic temples in Tikal were built in correlation with the sun or moon.

As I walked around the ancient buildings, I kept wondering what it would be like to walk around New York a thousand years after it had been deserted. I saw in the 2009 September issue of National Geographic what New York looked like when Henry Hudson discovered it 4oo years ago. Check this issue out, because the urban takeover on the island of Manhattan is very similar to the jungle takeover in Tikal, except in the opposite direction.

Manhattan, once a forest, now is a gigantic city and Tikal, once a sprawling Mayan metropolis, now is a gigantic jungle. During Tikal’s peak, it was the epicenter for much of the Mayan world. Now it’s a national park in the middle of the jungle. So, as you look at the pictures below try to envision Tikal as it once was, a thriving city. The temples were dyed red to symbolize life. The grounds were stone. It was immaculate. It was alive. 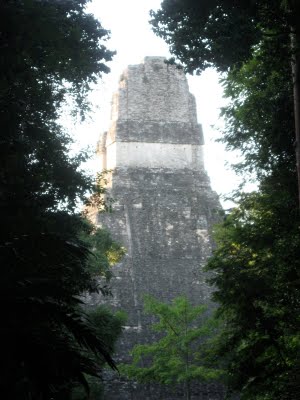 Yet, for the city to continue to live the Mayan’s believed that someone had to die. It was their circle of life. Blood was sacred, life giving, and so at one time blood spilled down the temples, as the priests ripped out the hearts of their unfortunate human sacrifices. Mayans believed that when blood was spilled in sacrifice to the gods life was renewed. Mysteriously something, maybe famine, war, or overpopulation, ripped the heart out of the Mayan culture leaving it dead. But because of the death of the Mayan culture, many Guatemalan’s make a living off of the national park. The Mayans understood the connection between life and death. Unfortunately they didn’t know about Christ, the man who broke the cycle and quenched the need for sacrifices. Yet, for me, walking around their sacrificial monuments pointed me to Christ, because they reminded me of the world’s need for a savior. 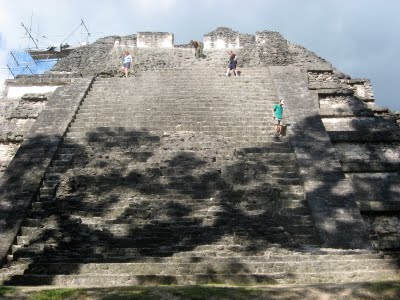