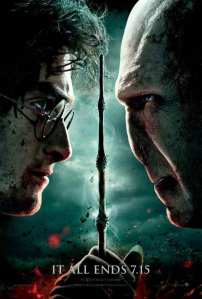 I love going to the movies.  I was that kid who stood in line to see all of the “Star Wars” movies when they were re-released back in the 90’s and when “The Lord of The Rings: The Fellowship of The Ring” came out ten years ago, I was the first person in line, not just for tickets, but to enter the theater.  And when theaters started releasing movies at midnight, I’m there at 10 pm.  Don’t even get me started on how early I had to get to the theater for “The Return of The King;” it was crazy.

I think the reason I love going to the movies is because I love good stories.  The atmosphere in a crowded theater on opening night is exhilarating.  When “The Sixth Sense” came the theater was packed.  With every twist and turn each of my friends began tucked their legs up on their seats.  We shared in the fear.  We pulled for Bruce Willis’s character to reconnect with his wife and for Haley Joel Osment’s character to receive the help he needed.  As the movie built toward its climax the hairs on my legs stood up and all I wanted to do was hug my knees like everyone else, but fear froze me.  The crowd made the climax of the movie completely captivating, but the well told story made the change the characters experienced even more meaningful and worth the level of fear I had to experience.

Good stories are filled with meaning.  Movie writer and teacher Robert McKee says, “If I could send a telegram to the film producers of the world, it would be these three words: ‘Meaning Produces Emotion’ Not money; not sex; not special effects; not movie stars; not lush photography.”  Meaning is what a good story is all about and the climax of a good movie will be filled with meaning.  McKee states that “The Climax of the last act is your great imaginative leap.  Without it, you have no story.  Until you have it, your characters wait like suffering patients praying for a cure.”

When I’m in a packed theater, I’m suffering along with the main character for that positive or negative turn to occur in the movie.  I want Frodo to make it to Mount Doom and drop the ring into the fires of Mordor.  I want Harry Potter to live or die, maybe both, and so I wait for that turning moment, that meaningful climax.  As an audience, we share the ups and downs of the characters story.  Without the ups and downs that lead to the climax, the climax would be meaningless.

There are people out there that flip to the end of a book before they start just so they can see if it is a good ending or not.  They pick up “Harry Potter and The Deathly Hallows” and flip to Harry’s battle with Voldamort.  They want to get the stories payoff without reading the entire book or, even worse, the other six books in the series.  By skipping to the end of the book they miss the reason why Harry had to do what he does.   But just like sharing a story with someone adds to the story’s meaning, the work it takes for character, as well as the reader, to make it to the climax is what makes it meaningful.

More on Christmas in a moment.  Let’s not rush to the climax because right now we’re at the rising action of our story.  Sunday December 4th The Neighborhood Church celebrated the second Sunday of the Advent season by sharing a sit down meal during the worship service.  People met together, ate, and shared stories about Christmas’ past.  It was very meaningful.  The only problem was the service didn’t finish until 12 pm.  An hour into the Denver Broncos game against the Vikings.  Co-blogger and Co-pastor of the Neighborhood Church, Mike Klassen comforted the congregation by reminding us all that “Tebow Time” (A term here meaning going beast mode and winning against all odds) isn’t until the fourth quarter anyway.  So if we missed the first half it would be just fine.

I tevoed Tebow anyway.  As I pressed play on the DVR, I knew I wanted to share a meaningful story with my fellow Bronco fans who’d gathered around the TV with me.  We knew we could just fast forward to the end.  But we wanted to experience the entire story.  If we had just skipped to the end, the win wouldn’t have been as meaningful.  The time we shared together watching the Broncos game was splattered with theological discussions.  Why is Tebow so loud about his faith?  Incomplete pass!  What if Tebow messes up (On the field and in his faith)?  Fumble, no way the ground can’t cause a fumble! What is perseverance of the Saints (No, I’m not talking about football here)? I can’t believe it, the Broncos Win!

And as Tebow rallied the Broncos from an 8 point deficit late in the fourth quarter we were discussing how God’s Grace works in our lives.  Life is like a good movie with many turns.  In “The Return of the King,” Frodo loses hope.  He turns away from his mission and decides he will keep the ring, but Grace steps in (In the form of Sam) and saves him.  Grace does what Frodo cannot do, destroy the ring and bring him back to the Shire.  Grace creates the meaningful change in Frodo’s life.  If Tebow fails on the field or in life, Grace will be there for him too.  Grace is there for all of us, offering a chance to make a meaningful change in our lives.  A chance to Tebow (Go beast mode/let God takeover), which brings us back to Christmas.

Christmas is not about what you get or even about what you give.  It is about experiencing the season with the people you love.  It is about sharing special moments with those around you.  Most of all it’s about God sending the Incarnation of Grace down to the world as the baby Christ.  If we fast forwarded to Christmas Day it would be like reading the last page of a book, only watching the Broncos during the fourth quarter, and fast forwarding all our favorite movies to the climax: empty and meaningless.  So slow down and know that no matter how long it seems until Christmas, that God is working in your life.  Christmas is more than just the climax of Christmas day.  It is about the Grace we have been given and the work it does in our life.  Let Grace make a meaningful change in your life this season.

I am an avid Bronco fan and movie enthusiast who believes in Tebowing every night because the best way to live a meaningful story is to stay connected to the author.