One week in Xela isn’t enough, but March 3-10th was all the time I had to spend in my home away from home.  I’d traveled down to Xela, Guatemala to help lead the Inter-American’s Spiritual Emphasis Week, and as most mission trips go, it was jam-packed with fun life impacting experiences.  It was an adventure.

To start off my team of 4 1/2 nearly had to leave our half behind in Houston.

Taca requires babies, even those under two years old, to have a ticket.  Sure wish Orbitz had told about that one when, we were buying our tickets.  Fortunately, Mike Davis was able to talk the Taca (Take A Chance Airlines) agent into letting us buy a ticket for Bailey, and we all made it onto the plane.  And I can’t imagine the week without that little girl.  Heck, and what would’ve she done for a week all by herself in the Houston Airport?  She’s no Tom Hanks.

1. Spending time with the McMarlins.  Saturday March 3rd my team and I were welcomed in to the McMarlin’s house for breakfast and lunch.  I worked with Laurel McMarlin for three years and his wife Donna had taken me in as if I was her own son, so it was truly great to see them again.  Laurel is the Chaplin at IAS and leads the English-speaking Anglican service at St. Mark’s in Xela on Sundays.

After church, which was cool in its own right because a lot of people came just to hear my dad preach (just think people coming to hear my dad) most of the teachers from IAS went over to the McMarlin’s for lunch.  It was great being able to catch up with old friends.  Thank you Laurel and Donna for opening up your house to me one more time. 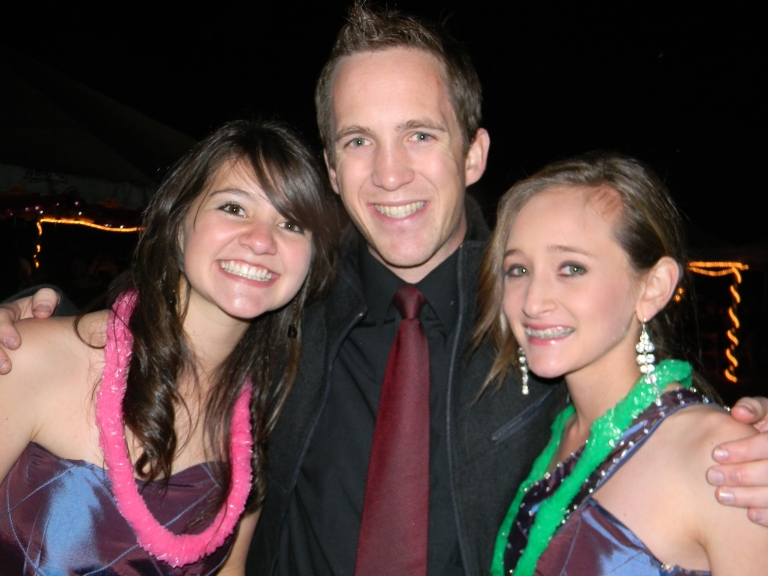 2. Irene Ovelle’s Quince.  Last June when I went to what I thought would be my last Quinceaños, but to my surprise Irene invited me to her party, which just happened to be the first day I was back in Xela.  So after lunch with the 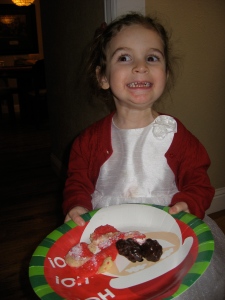 McMarlin’s I got myself all dressed up, and headed out to her grandparent’s to see all of my former students.  I had been waiting nearly nine months to see all of them, so I was about as excited as my little niece was on Christmas Eve.

Probably the best part of the night, other than all the awesome hugs I received and the crazy dance moves I laid down and being able to disrupt all of the  dancing couples and generally just being able to act like a kid, was when Angelo (A vegetarian) tried to challenge me to a hotdog eating contest.  See last year I accepted his challenge only to find out he was only eating the buns.  I declined, but it really made me laugh.

3. Sunday after church I took Luispe, Dani, and Hugo up La Muela.  First off, this hike in itself is one of my favorite things to do, ever, but getting to hike it with a couple of my former students was even better.  I think more of my former student’s would’ve come had it not been for the party the night before. Mr. Smith, IAS’s science teacher, came with us and almost died on the way down.  Dani was hiking above him and accidentally knocked a rock lose.  The rock smashed right above Mr. Smith’s head.  Mr. Smith seems to attract death, it’s almost like he’s Charlie from Lost and the island is trying to kill him off.  Sure am glad he didn’t die, it would have put a damper on the beautiful day. 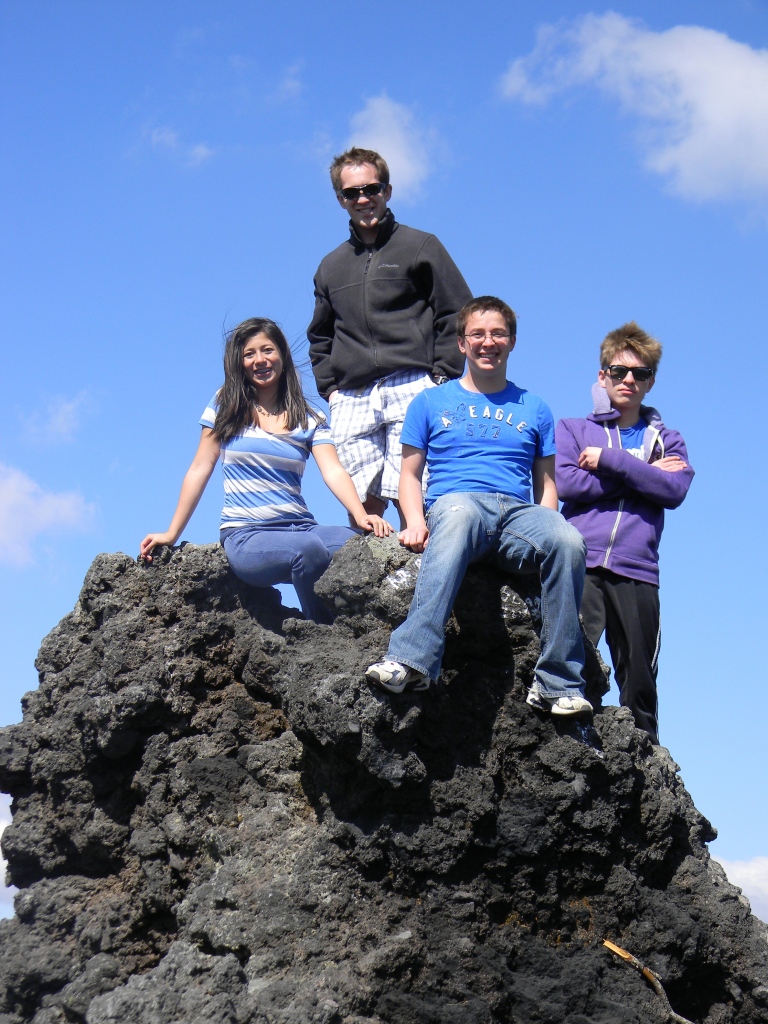 4. Playing games with the elementary kids.  During my two years as the elementary PE teacher at IAS I came up with all kids of tag games for the little kids.  On monday we got to play my favorite game of tag.  Zombie Tag.  It was so much fun hearing the little kids run around screaming, “Must Eat Brain.”  The next day we played my other favorite tag game, Model tag, which requires the kid who gets tagged to strike a pose.  Once the pose is struck the kid can only be released when someone takes their picture.  We didn’t get to play Santa tag, but that’s out of season anyway.

5. Coffee Plantation Tour.  On Tuesday afternoon I took my team down to Santa Maria de Jesus for a tour of the Brodbeck’s coffee plantation.  Dianne and Marty Brodbeck used to work at the school, but now that they are retired they supply IAS with what I’ve heard is the worlds best coffee (I don’t like Coffee). Mike, Stacey, Bailey, and my dad love coffee, so I think they really enjoyed learning how it is grown, picked, and processed. 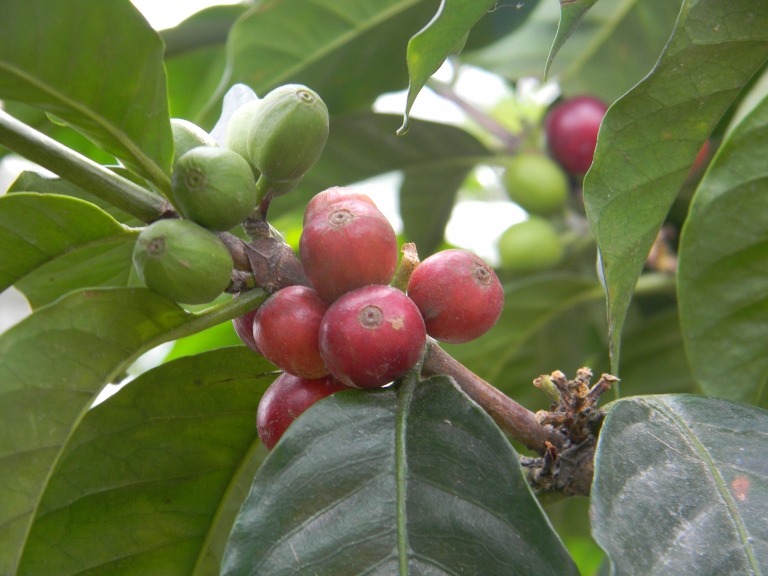 Did you know that the coffee bean is sweet when it is picked?  Did you know if you picked 500 pounds of coffee bean after it is shelled, processed, and dried you’d end up with 60 pounds?  After our tour we were sitting around the Brodbeck’s yard enjoying boquitas when I looked at my watch, and realized we needed to get going or we would miss the last bus back up the mountain.  Like the coffee crazed fanatics that they are, my dad, Mike and Stacey, and Bailey rushed back to the Brodbeck’s storehouse and promptly bought them out of coffee.  With copious amounts of coffee in hand we jumped on the last bus to Xela and bounced our way back up the mountain. 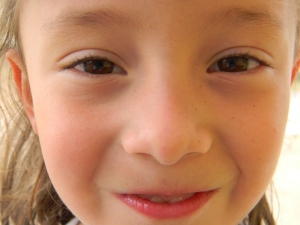 6. Camila.  Everyone should have a little kid who fallows you around and tells you how much they love you.  Camila, a cute little first grader, used to tell me she loved me every chance she got.  When she first saw me on Monday I could tell she wasn’t sure what to do.  Her eyes were darting from me back to Stacey, who was giving the message, and then back to me.  During afternoon recess on Monday she followed me around and told me all about how she loved the first grade and how she thought she’d never see me again.

On Friday, when I got to school, after hanging out with all of the middle schoolers and high schoolers for three days, I noticed that Camila wasn’t there.  Yasi, my good friend and the school’s secretary, told me Camila’s mom had called in saying Camila was sick, but that her little girl was heartbroken because she wouldn’t get to say goodbye to Mr. Scott.  I love that kid.

7. Retreat.  On Wednesday I hopped onto a bus full of middle schoolers and headed down to Reu for three high energy days and two sleepless nights.  My dad and I challenged the students to look at their lives and see how God has worked in the good times and the bad times.  Day one, I was working with the current 10th grade class.  Each boy shared a short version of their life story, at first it was rather shallow, but as the week progressed, I could tell the boys were opening their hearts to what God had for them. At the end of the week a couple of the boys said they really wanted a stronger walk with God.

Retreat also had plenty of crazy moments.  The eleventh grade boys decided to take on the cinnamon challenge.  That is, they tried to swallow packets of cinnamon without the help of water.  I’d heard the myth that it can’t be done, well let me tell you, it can.

But also, don’t ever try to snort it.  All of the boys wanted me to try to eat the packet.  Not needing to prove my manhood to these boys, I refused.  But then they opened a packet up onto my hand and I knew I had to do something.  So, I dumped the cinnamon onto the table and said, “let’s get Hugo, he’ll snort this.”  So we all wiped a little cinnamon onto our noses and called Hugo into the room.  “We’ve all done it,” I said.  Without hesitation Hugo bent down and inhaled the entire packet.  I’m pretty sure he was sneezing cinnamon for the rest of retreat.  My props go out to Hugo, he’s a stud.

8. Pool fights and Revenge.  On Thursday Katja and Isa, two of the tenth grade girls, decided to get into a water fight with me.  Silly girls.  One of the best things about retreat is being able to form relationships with the kids from IAS.  Many of the kids came up to me and told me how their lives were going and asked me for advice.  It was so awesome to hear how they were growing.  That didn’t happen with Katja or Isa.  They just wanted a water fight.  They are noobs. 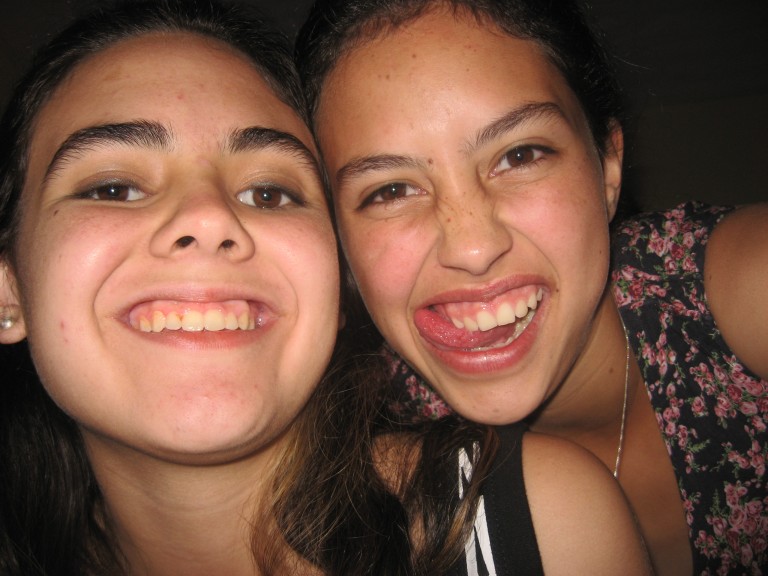 I was on the basketball court trying to make half court shots with a couple of the kids, when out of no where a water balloon bounces off of my back.  Then another one burst at my sandaled feet.  Katja and Isa were cautiously trying to have a water fight.  It was cute, they would throw a balloon and then try to look all innocent.  To this point I’d done nothing to deserve their wrath.  After they’d exhausted their ammo, which only got my shirt a little wet, I chased after them, only to be grabbed by Kain and Mario, two of their classmates, and dragged off to the pool.  I didn’t put up too much of a fight, as I was in my swimsuit, but I also didn’t want the boys to think I was weak.  So I broke free, tossed Kain on the ground, pushed Mario out-of-the-way, hoisted Isa onto my shoulders, and jumped into the pool.  Katja has been warned.  Revenge will be mine. 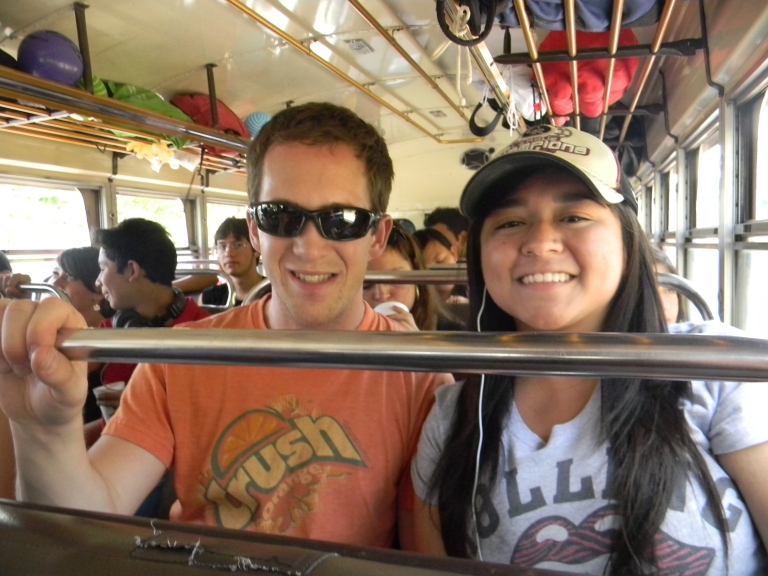 Not only was I on the bus that worked, but Sharom, my Guatemalan sister, shared one of her headphones with me and we rocked out to Coldplay the entire way up.  I sang to the entire bus, well at least those in the seats closest to me, the bus was too loud for everyone to hear, which was probably a good thing.  I will remember that bus ride for a long time.  Thank you Sharom, for such a fun memory.

10. Having Dinner with Yasi, her husband, and their daughter Eli.  I think the entire week was about connecting.  We tried to connect with the kids and the teachers, and yet one person I didn’t get to spend much time with was Yasi.  Yasi was more than my secretary she was also my running partner.

Because I was on retreat I didn’t get to spend much time with her and her family, so she invited my dad, Mike and Stacey, Bailey, and me over for dinner that Friday night.  I made Yasi’s week by surprising her with a copy of Mockingjay that I brought down with her.  The time I spent in conversation with her helped make a fabulous week that much better.  I hope that everyone gets to know Yasi at some point in their life.

Thank you to everyone who helped make my week in Xela an Adventure!

6 thoughts on “My Adventurous Week In Xela”