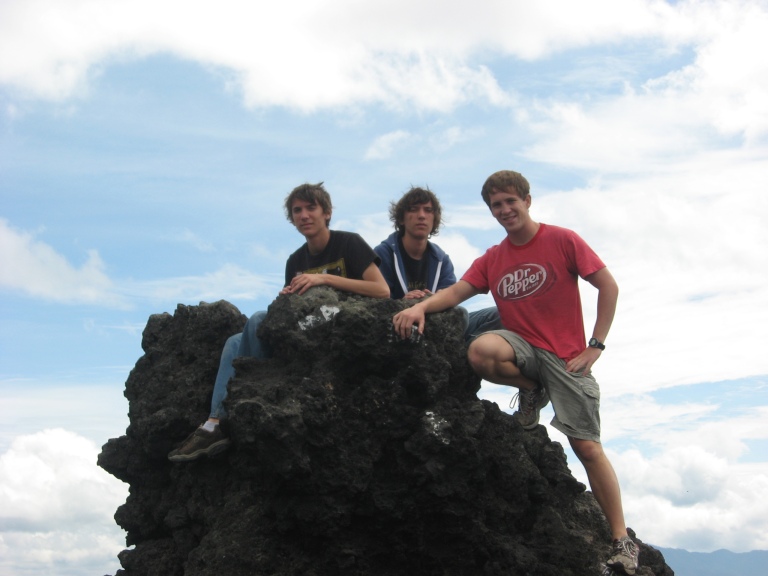 1. I will not leave major life situations up to chance.  Playing the dice game on my phone to decide if I am going to have a second burger is fine, but not acceptable for major life changing situations.  No, I did not use my phone to help me make my decision to move back to Colorado after living in Guatemala.  That would have been stupid, plus I made that decision in 2010.

2. I will not spend half the year without a job.  2011 was a rough year for work.  I spent half the year teaching and the other half babysitting  Way to put my college degree to work. Eff em up, Eff em up GO CU!!

3. I will not read the rest of the Millennium Series.  The Girl With The Dragon Tattoo was a true bore fest.  I know Stieg Larsson was trying to create a tense mystery, but he failed to make me care about any of the characters.  And if I don’t care about the characters I don’t care about the story, he also never really put any of them in real danger (at least in the first book and at least for the first 300 pages, which is too long for me).  I guess a better way to put it, I am not going to waste my time on poorly written books.

4. I am not going to fly American Airlines.  I was surprised when in late 2011 they filed for chapter 11 Bankruptcy, because they had over charged me for several of their mistakes.  With all of the extra money I gave them I would think they would be financially sound.  Since when is it my fault that they canceled a ticket I purchased and notified me by sending me an email in, wait for it,  . . . Spanish.  A language I am not completely fluent in.  This miscommunication cost me over 200 dollars when I had to re-buy my ticket.  They also conveniently lost the recording of a phone conversation I had with one of their representatives, which would have proved the error was theirs and saved me money.  I will eventually write a blog about how much I hate American Airlines, but for now I am still too mad.

5. I am not going to be a host for a party of amoebas.  If you have traveled outside of the U.S. you understand the temptation to taste the rich local food.  It can be so colorful and exotic, but more often than not, it is also very dangerous.  So, no street food for me.  I am saying no to hotdogs for under a dollar, which is a shame because gringas, garnachas, cheveres, and tacos are great.  Living in Colorado has been a bit safer for my bowels as I have yet to walk past any of my favorite street vendors, but after Thanksgiving 2011 I wasn’t sure some of my old uninvited friends (amoebas) weren’t throwing a party in my stomach.  I am not going to host that party in 2012.

6. I am not going give up on my dream of dating Jessica Scheel (Miss Guatemala 2010).  Because if I am afraid to dream grand dreams, then I will live an empty life.  There is only one snag in this whole thing, I am just a normal guy living in the states and she is super famous (or kind of famous).  Maybe it would be better to say, I am not going to give up on my love life even though it’s seemed more like an impossible dream at times.

7. I am not going to succumb to a Zombie attack.  As many people believe that 2012 is the final year on earth and a Zombie Apocalypse is bound to happen, I vow to be prepared.  Those brain suckers will not feast on my brain.  More realistically I will not spend all of my time sitting in front of the TV.  2012 will be a year for doing and living.  It will not be a year for the undead.

8. I will not stop dreaming about Guatemala.  I am not completely sure if I am in control of this one, but I have had dreams about Guatemala, my friends and my students, almost every night for the last six months.  Typically in the dreams I am teaching at Hogwarts, but the school for wizards and witches is always located in Guatemala and the student body is not British, but Guatemalan; more specifically all of my old students.  I am not sure what these dreams mean, but I am pretty sure they will continue well in to 2012.

9. I am not going to give up on my dream of becoming a writer.  My current plan is to go back to school for my masters in  teaching, but my end goal is to be published.  I love writing and I want to be able to share my ideas with the world.  I am not going to stop dreaming this dream.

10. I am not going to live timidly, except for when it comes to street food.  The Mayan calendar ends on December 21st.  Some people think this means the end of the world, but in reality we never know how much longer we have to live.  Life is precious, so don’t hold back.  For God has not given me a spirit of fear, but of power, love, and a sound mind. (2nd Timothy 1:7)

What are you not going to do in 2012?  I hope everyone has a safe and happy New Year!